A sequence is a series of multiple posts on Less Wrong on the same topic, to coherently and fully explore a particular thesis.

The original sequences were written by Eliezer Yudkowsky with the goal of creating a book on rationality. MIRI has since collated and edited the sequences into Rationality: From AI to Zombies. If you are new to Less Wrong, this book is the best place to start. 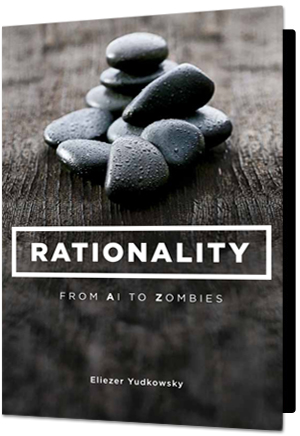 Rationality: From AI to Zombies is an ebook collecting six books worth of essays on the science and philosophy of human rationality. It's one of the best places to start for people who want to better understand topics that crop up on Less Wrong, such as cognitive bias, the map-territory distinction, meta-ethics, and existential risk. The six books are:

The ebook can be downloaded on a "pay-what-you-want" basis from intelligence.org. Its six books in turn break down into twenty-six sections:

Other sequences by Eliezer Yudkowsky

The following collections of essays come from the original sequences, an earlier version of much of the material from Rationality: From AI to Zombies:

Sequences of essays by Scott Alexander include:

And by Kaj Sotala:

Benito's Guide aims to systematically fill the reader in on the most important ideas discussed on LessWrong (not just in the sequences). It also begins with a series of videos, which are a friendly introduction, and useful if you enjoy talks and interviews.

Thinking and Deciding by Jonathan Baron and Good and Real by Gary Drescher have been mentioned as books that overlap significantly with the sequences. More about how the sequences fit in with work done by others.

Castify makes certain content of Less Wrong available as a podcast for a small fee (they're recorded by a professional voice actor). Currently they offer:

Main article: Translations into other languages